Extract from the The Grey Eight in Vietnam: The History of the Eighth Battalion the Royal Australian Regiment - November 1969 - November 1970, Ed Maj A. Clunies-Ross.

For a 1998 view of Operation Hammersley, see the story written by John H. Farrell for the Australian and NZ Defender magazine.

At first light on 1 6th February Lieutenant Colonel O'Neill flew to the scene of the contact and from there directed operations by C Company and D Company. Meanwhile Battalion Headquarters and B Company prepared to deploy from Nui Dat

During Operation Hammersley the enemy suffered 42 killed in action. This number was confirmed by body count; however unconfirmed reports have indicated that the number of enemy dead may have exceeded one hundred. Other significant enemy losses were:

1 prisoner.
70 personal weapons.
5 crew served weapons.
Approximately 11,000 small arms rounds.
250 grenades, mortar bombs and mines.
2000 lbs of food.
Large quantities of medical supplies and equipment.
Friendly losses were 11 killed and 59 wounded. Of this number 2 of the dead and 19 of the wounded were from supporting arms. 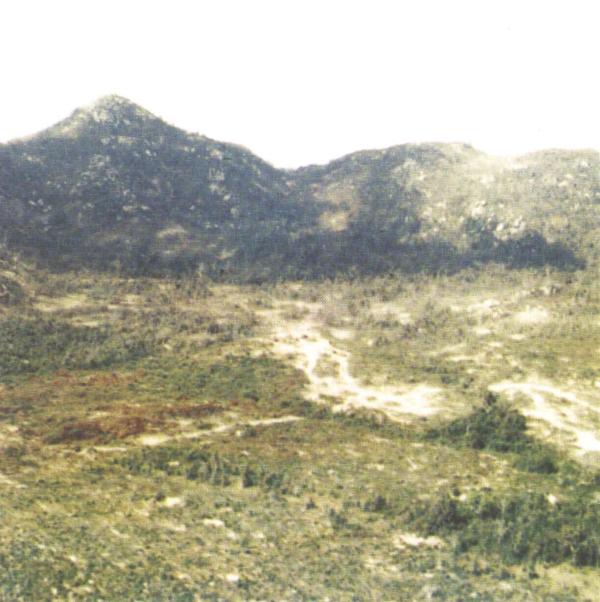 The valley in the Minh Dam Secret Zone in which C Company discovered the bunkers which had been
D 445's sanctuary for the previous 7 months.

The effectiveness of the Battalion's operations cannot be assessed only from a comparison of these figures; the effect which Operation Hammersley had on the enemy's future capacity to operate from a sanctuary close to major centres of population must also be taken into account. General Ewell, Commander 11 IFFV, no doubt had this in mind when, on 26th February 1970, he signalled -Your excellent selection of the target box plus the vigour and thoroughness of the followup bomb damage assessment have delivered a severe blow to D445 and the Communist structure in Phuoc Tuy"